Earlier this week, Canadians woke up to a shock: Rogers Communications agreed to buy Shaw Communications, for US$21 billion (including assumed debt).

Rogers is Canada’s second largest telco, with a mix of wireless (61%), cable (28%), and media (11%) revenues. Among its media holdings is the Toronto Blue Jays, a baseball team. Shaw is Canada’s fourth largest telco, with just 22% of revenues coming from wireless (largely through the 2016 acquisition of Freedom Mobile), 68% in wireline consumer, and 10% wireline business. Shaw’s “wireline” revenues are delivered primarily over a cable TV network, complemented by satellite. 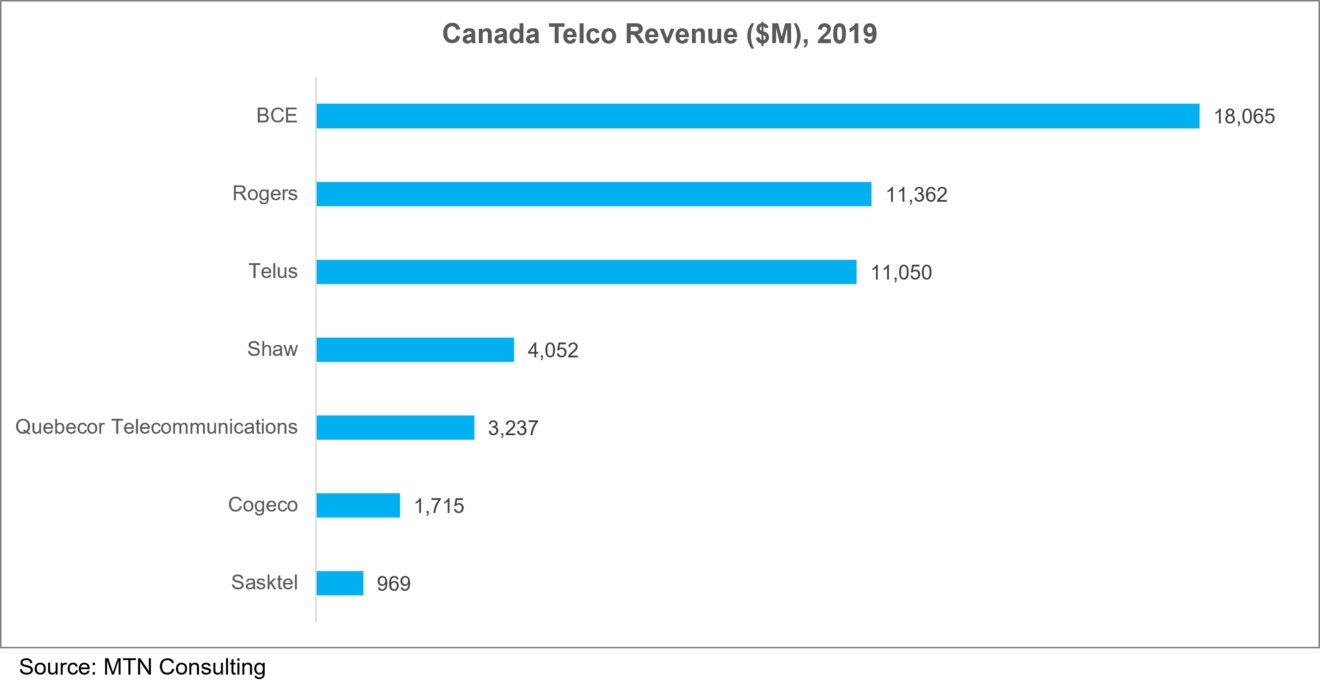 While many analysts are shocked at the deal, it’s almost a surprise that it took so long to happen. Many markets larger than Canada have consolidated around three large national telco groups. For countries like the US and Canada, with a viable cable TV sector, that consolidation has taken longer. But assuming that all three are national competitors across wireline and wireless, the number three doesn’t appear unreasonable on its face. That’s especially true as telcos struggle with both flat revenues and growing competition from the cloud/webscale sector.

What’s worth looking at it is, why is such a deal taking place now?

One obvious answer is the turmoil caused by COVID-19. Like telcos elsewhere, those in Canada saw revenue declines in 2020. Annualized telco revenues began falling for the Canadian telco market in 2Q19, however, and the declines seen in 2020 were in the same ballpark.

Margins aren’t an obvious issue, either. For Rogers, margins have held steady, with EBITDA margin improving in 2020 vs 2019 for both its wireless and cable units (media dropped slightly). Shaw’s most recent quarter, ended November 2020, saw company EBITDA margins up to 44.3% from 42.5% in the quarter ended November 2019.

The more likely answer is the need to ramp up 5G networks and roll out services. And that is exactly what Rogers’ CEO argued in the analyst conference:

“Without question, the deal will accelerate deployment of 5G around the country and will assure competition and capital continue to be prioritized and reinvested in new technologies at home here in Canada and especially in Western Canada…Today, both companies invest $3.7 billion annually in CapEx. And the underlying investment in 5G inherent in this total will only go up as 5G technologies continue to roll out across the country. This is a big task for both companies. And when combined, both companies are up for the challenge.”

This statement came along with a specific commitment to invest C$2.5B “to build 5G networks in Western Canada,” and C$1B for the creation of a “Rural and Indigenous Connectivity Fund.”

Rogers says it expects up to C$1B in cost synergies, a mix of opex and capex, but says that most of the capex savings will be put back into the network: “more fiber, more connectivity, more rural connectivity and a few other programs related to the network,” per the CFO. The opex part is significant. New service platforms can require huge investments in expense categories like sales & marketing, among others, something which a combined Rogers-Shaw may be better able to cope with.

MTN Consulting expects global telco capex to rise slightly this year, from approximately $280 billion in 2020 to $292B in 2021. This modest growth is consistent across regions, as shown in the figure below from our latest capex forecast. 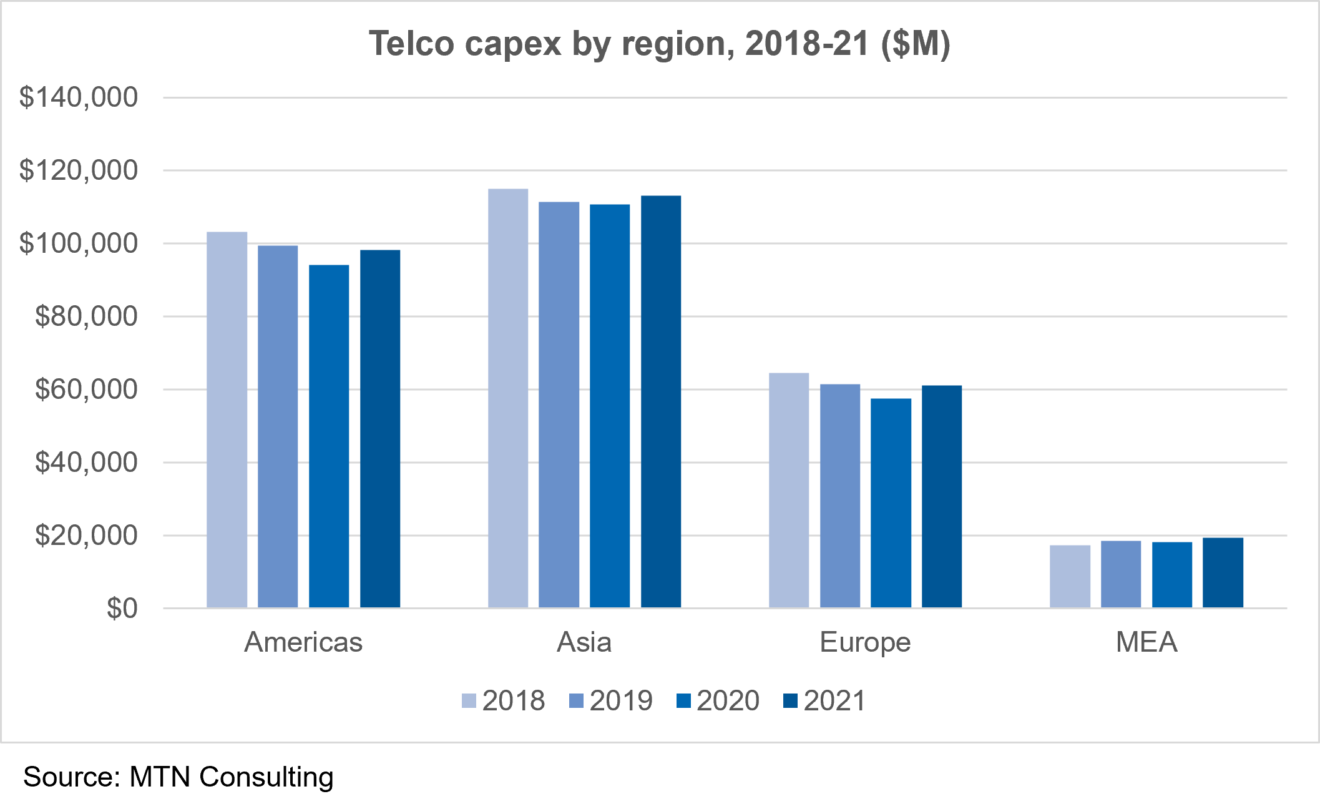 What about other markets? What do 4Q20 earnings reports from key telcos suggest is on the way in 2021 and 2022 with regards to capex? Below are a few highlights:

As shown above, most telcos suggest capex in 2021 will be roughly flat, either on an absolute basis or capex/revenue basis. Nowadays few telcos want to boast of high spending to shareholders. However, quite a few telcos do expect capex growth over the next year or two. Not exactly a surge of spending, but on net consistent with MTN Consulting’s forecast of a slight uptick in the market.

On the supply side there will be significant change underway over the next two years, with Huawei taking more of a backseat. Some telcos worry that this may leave them paying too much for their network infrastructure, due to weaker supply side competition. Telcos will hedge their bets by ramping up collaboration with webscalers when possible, and continuing to explore open networking and network disaggregation.