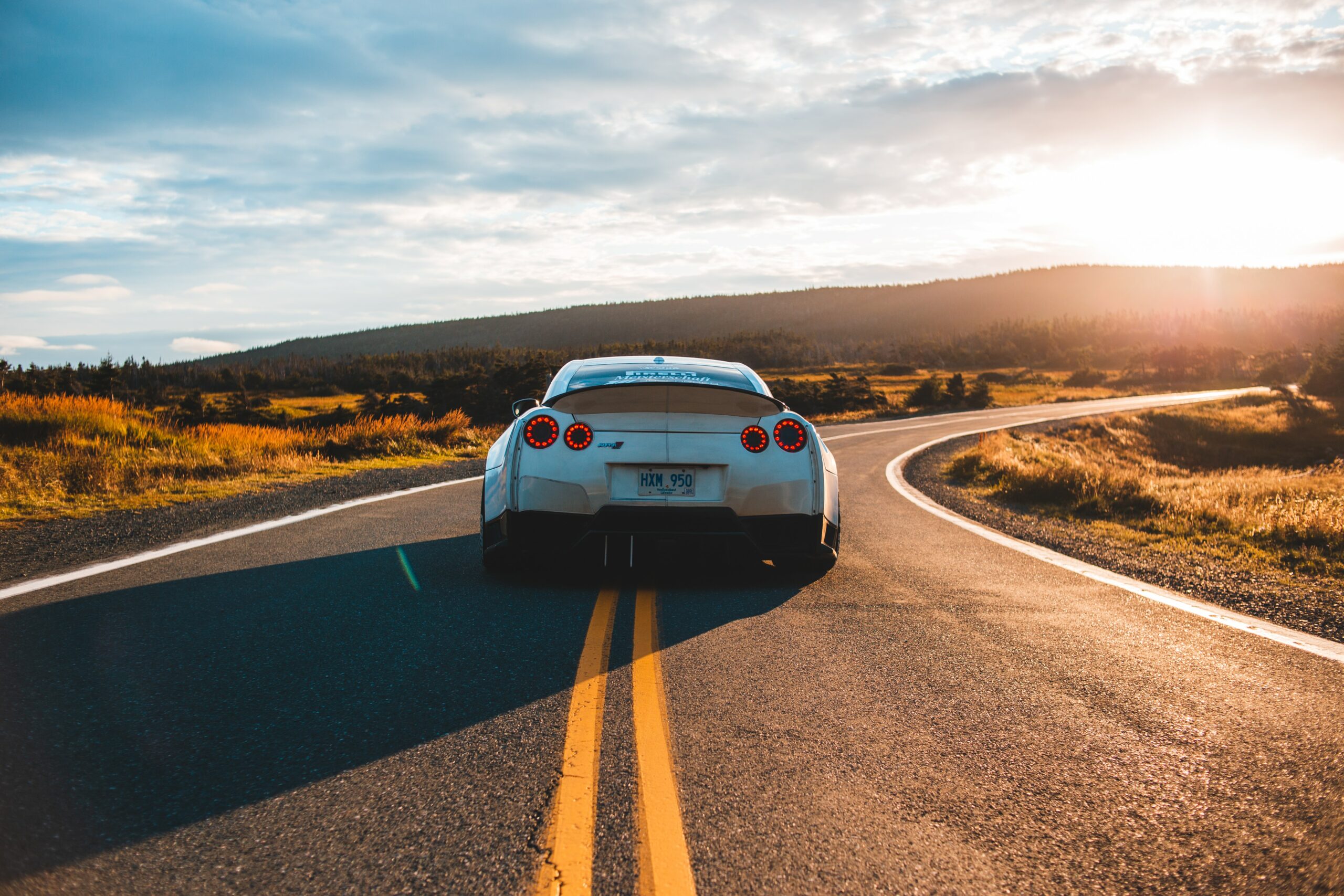 For the last three years I’ve attended the annual Consumer Electronics Show (CES) in person in Las Vegas, Nevada. That wasn’t possible for last week’s show. CES 2021 was all digital, thanks to COVID-19. That is unfortunate as CES is not a software or idea show; it’s about hardware that you need to touch and feel. As a telecom analyst, the highlight of CES for me these last three years has been cars and robots, nearly all equipped with some network connectivity.

Even without an in-person viewing of all the cool gadgetry, the last few weeks of news makes clear that autonomous vehicles, drones and robots of all kinds are coming in a big way and set to impact how networks will be run and scaled in the coming years and decades.

Apple has been working on self-driving vehicle technology for many years. The long-term goal has clearly been to break into a large new market with an attractive product that is consistent with Apple’s brand. AI software, user interface, battery technology, optics, and a standardized form factor are the main focal points. The company has been opaque about its efforts, but the level of R&D funding into these efforts has ensured that some secrets have gotten out. The MacRumors site has a good summary available.

Apple doesn’t make product announcements at shows like CES, but news about the Apple car project did steal some of CES’ thunder last week. The latest rumor is that Hyundai is working with Apple to start manufacturing a self-driving electric car in the US as early as 2024. A prototype could be available by 2022. This is much earlier than previously rumored. A commercialization date closer to 2027 may end up being the case, as some analysts predict.

Recall that Apple’s iPhone launched in 2007, helping to define an entirely new product category. The iPhone was not the first smartphone, and an Apple car would not be the first self-driving electric vehicle. But Apple has deep pockets and is searching for a new killer product. Further, there’s no doubt that network connectivity will play an important role for Apple. That aspect will get more attention as Apple’s plans become more clear over the next 1-2 years.

See also Nikkei’s story on the topic, Apple car expected to shake up auto industry in Asia and world.

Like Apple, Samsung has no (direct) position in the car market today but is spending heavily on R&D to change that. Samsung introduced the “Digital Cockpit” concept at CES 2018, and has evolved it each year. The aim is to turn the interior of the car into a productive, fun place to be with fancy displays supporting gaming, entertainment, and mobile home office features. Connectivity is crucial, not surprising given Samsung’s strong position in the smartphone market and growing strength in 5G radio infrastructure. As Samsung says, “One of the solution’s greatest strengths is its 5G technology, which enhances users’ experience by allowing them to utilize these features without interruptions.” These experiences are supported by a Samsung-developed chip, the Exynos Auto V9. I would expect Samsung to push for real world use of its cockpit platform in its home market of Korea, where it has a leading position in the 5G radio access market. The company’s recent 5G win at Verizon, though, could also herald some experimentation in the much larger US market. 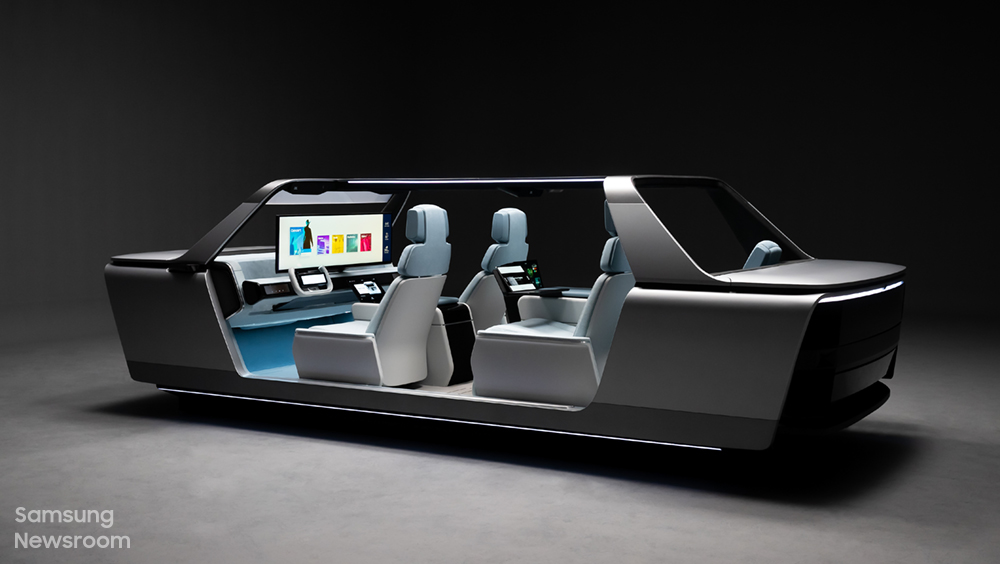 The news about climate change gets worse all the time. COVID-19 caused an economic downturn and a widespread shift to working from home, but a dip in road usage can’t reverse decades of damage. Hence interest in electric vehicles picked up in 2020, and CES 2021 saw many announcements related to this trend: new battery technology, the creation of electric versions of existing vehicles, new form factors, new components.

Whether an electric car is autonomous or not, though, at some point it needs to be charged. Range between charges is a key limiting factor in considering whether to buy an electric car. This is improving all the time, but it is still a factor in most markets. Current drivers rely on a combination of home charging and public charging stations. Making the charging process more convenient will increase demand for electric cars, no doubt.

Volkswagen has an interesting solution to this problem, blending robotics with autonomous vehicles. Just in time for CES 2021, the car maker revealed a prototype of its mobile charging robot, designed to provide “fully autonomous charging of vehicles in restricted parking areas, like underground garages.” The robot roams parking lots and charges cars on demand, triggered either via an app or by Car-to-X communication. 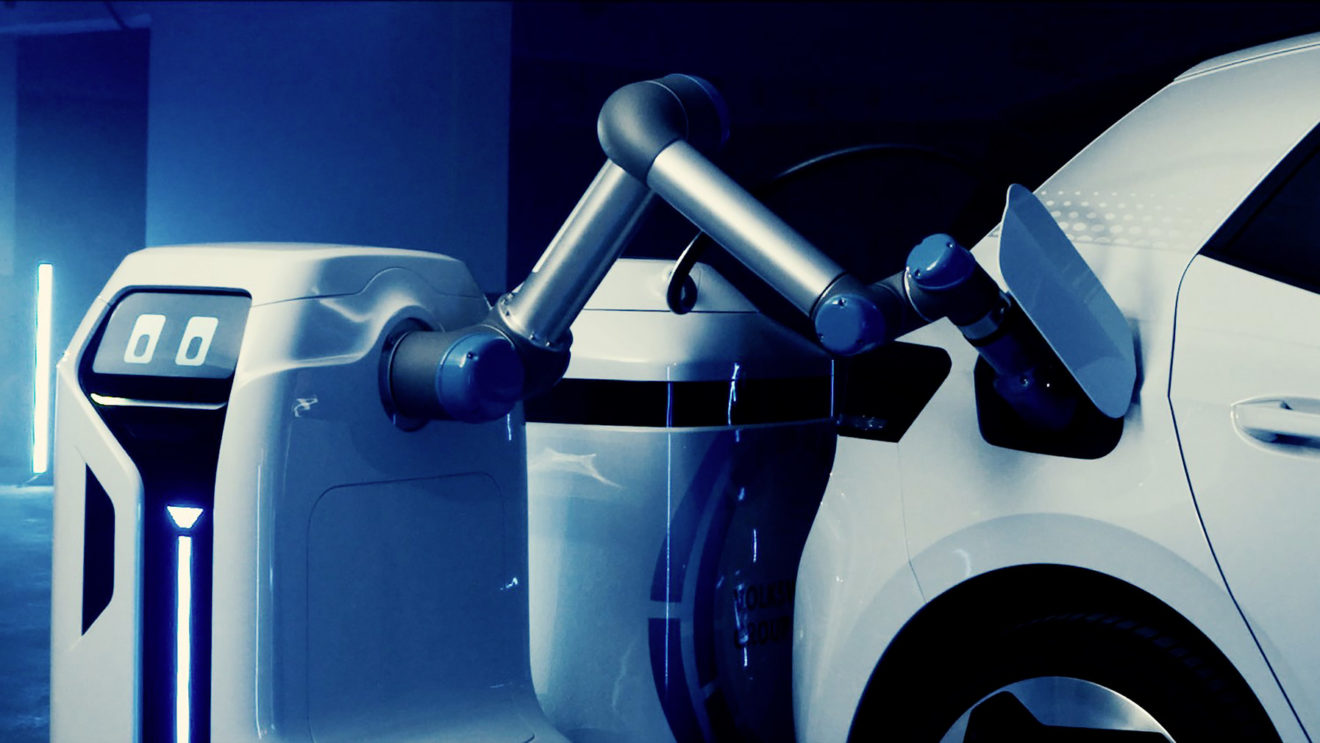 One highlight of my first CES, back in January of 2018, was Omron’s ping-pong playing robot. Restless show attendees could test their paddles against this contraption for a fun few minutes of distraction, and the product was surprisingly skillful. Robots delivering complimentary water bottles to booth visitors were a hit at CES 2019. Both were fairly niche use cases, though, far from appearing to have killer app potential.

Robotics have come a long way in the last 3 years. Most impressive is probably their use for delivery of goods. Ecommerce companies are always looking for ways to cut logistics costs, and this was an obvious place for them to focus their massive R&D budgets. Amazon, Alibaba, JD.Com and a slew of startups have focused energy on this space. That includes everything from flying drones which circle neighborhoods and drop products at the right house, to shorter-range terrestrial robots bringing packages from truck to doorstop, or “walking” from a central distribution point through neighborhoods to the destination.

B2B delivery has been an easier case to make for such applications, as they avoid the consumer opposition to freaky looking robots roaming the streets and scaring their children. GM, in fact, announced a new delivery and logistics business at CES 2021 which seems ideal for this market: BrightDrop, an ecosystem of smart connected electric propelled pallets to bring goods from the delivery van to the front door. FedEx is the first announced customer. Form factor matters in the robotics market. 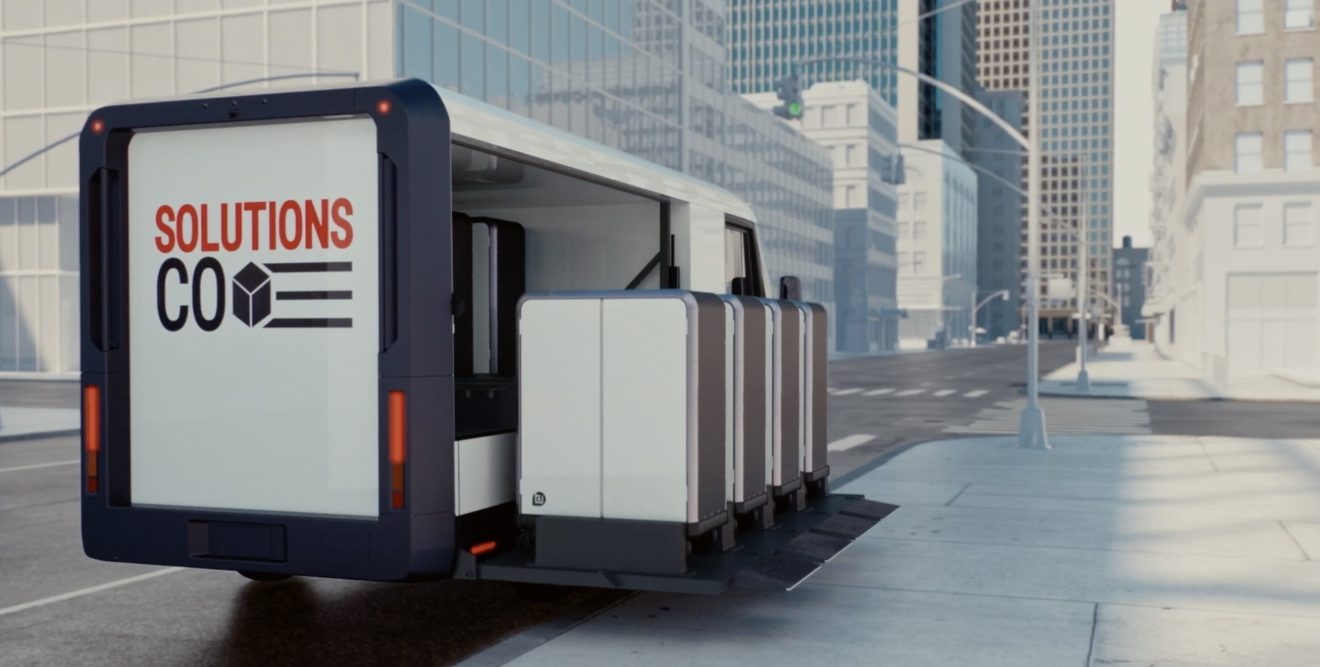 Ecommerce delivery requirements shot up during the COVID-19 pandemic, so it’s not surprising that this space got attention at CES. Closer to the telecom world, though, is the use of robotic drones to support network operations. Truck rolls are a notoriously expensive part of network operational expenses. Nokia announced recently that the New York Power Authority was using a Nokia-powered private LTE network to, among other things, “monitor the drone camera feed in real-time with dedicated bandwidth” to diagnosis network issues. Softbank has plans to actually use drones to deliver IoT and internet connectivity, from 12 miles above sea level.

There are at least some signs that telcos want a piece of the ecommerce delivery action, as well, based on Verizon’s CES 2021 keynote. The company announced that its Skyward unit was working on connected drone deliveries using 5G to connect in a Florida neighborhood, in concert with UPS’ Flight Forward program. CEO Hans Vestberg claimed that “the only way to effectively coordinate and connect a massive number of drones in the air is through a cellular network, and 5G gives you the necessary capacity.”

And then there is Boston Dynamics. Demos of the physical capabilities of their robots regularly go viral, with nearly universal reactions of fear and trepidation. Military and law enforcement applications are clearly one potential market; Boston Dynamics’ October 2019 soldier robot demo instigated this understandable reaction from podcaster Joe Rogan: “WE ARE F**KED”. The company’s latest viral hit was a video posted on December 31, 2020 featuring incredibly coordinated dance moves. Not quite as scary.

Friendly robots are definitely the way to go. At CES, Samsung got attention out of its wine pouring robot, an extension of the water bottle delivery product from past years. The device is not ready for prime time, but does have a market for events especially in the era of social distancing.