Is the cloud Apple’s next big bet? 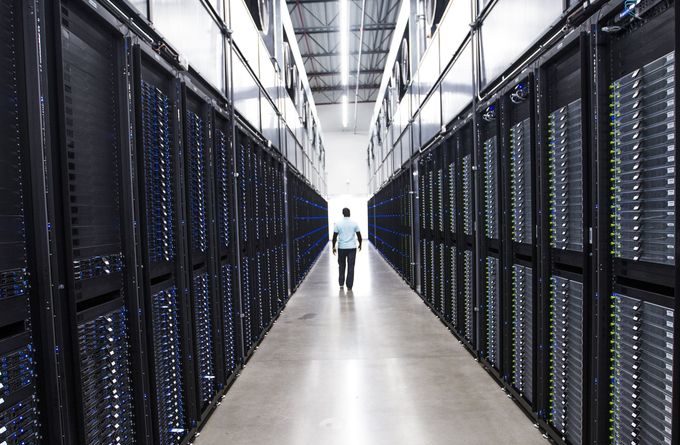 Is the cloud Apple’s next big bet?

As the four-way tussle unfolds among the top tech giants – Apple, Amazon, Google, and Microsoft – for the “world’s most valuable company” tag, Apple could be covertly prepping its entry into the fast-growing cloud computing space.

Despite spending massively on renting cloud resources, the iPhone-maker has been plagued by network outage troubles, along with privacy breach concerns in the past. These issues have compelled Apple to beef up its own data center infrastructure to wean itself from reliance on rival cloud providers. Up until now, Apple‘s cloud presence is limited to iCloud, which is essentially a SaaS-based content storage offering for consumer markets – much different from what big cloud rivals offer.

Due to recent expansion efforts, Apple currently owns a total of nine data center sites worldwide, out of which two are under construction (see footprint map below). These data centers meet Apple device users’ demand for services such as iTunes, iCloud, and Apple Music.

These nine data centers are also a nice starting point for a cloud business. Apple needs far more infrastructure of its own, but we believe that Apple will look to target the enterprise market with its own cloud computing solutions. Below are a few rationales to suggest that Apple is on its way to make this long-term goal a reality.

Potential target market could be much beyond developers

Apple’s initial aim would be to catch the low-hanging fruit – the iOS developers’ market – to sell its cloud offerings. Apple is known to create solutions and platforms that are purposely built for its own ecosystem, and its potential cloud offerings would not be any different. This is one of the aspects developers would lean towards, especially for the development of iOS-based applications, as they could access interfaces and platforms in tune with Apple’s ecosystem for OS development.

Privacy and security are Apple’s priorities with its current portfolio of devices and services. These attributes would help Apple target high-value cloud clients. Government cloud deals, which are always sensitive, are a potential target for Apple. The recent US$10B cloud deal between Microsoft and the Department of Defense is an example.

For small-and-medium enterprises and users with limited IT expertise, current offerings from Amazon and other cloud providers are complex to use. This is where Apple could tap the “bottom of pyramid” with an intuitive and easy-to-use cloud platform.

The cloud trio of Amazon, Microsoft, and Google would undoubtedly be impacted by Apple’s potential entry to the cloud scene – they would lose a customer (or potential one) and gain a competitor. But Apple is known to focus on high-end markets with priority to profits over market share. Apple may not offer mass-market cloud solutions as its rivals do – just as its iPhones are targeted at a premium consumer base. Apple’s purpose would be to offer reliable cloud computing solutions that operate in its own ecosystem and provide a quality user experience. All this could also end up being a futile endeavor for Apple due to its inexperience relative to cloud rivals. High profile acquisitions or hires will help, though, and Apple has plenty of cash for both. Apple taking the “cloud” path could prove to be a game-changer in the fortunes of the company that is desperately seeking for a life beyond iPhone.