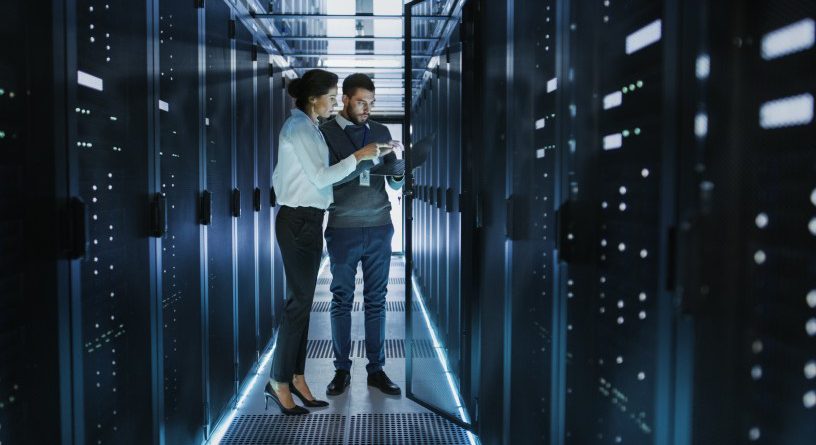 A little accounting background: To expense or capitalize R&D

There’s an ongoing debate in accounting circles (yes, they argue) about whether R&D spending should be expensed or capitalized.

Under US GAAP, R&D is expensed. Another set of reporting standards, IFRS, require development-related spending to be capitalized. Once an internal project has met certain criteria, mostly related to technical feasibility, capex rules apply. For instance: let’s say Tencent spends $1M researching new data center cooling systems, all for basic research – no actual design or prototyping. That spending shows up in opex under IFRS. If Tencent then spends another $1M on a small-scale trial based on its research, IFRS says this spending is capitalized. Digital Marketing Agency

Most cloud providers report in US GAAP, but not all. And some that do report US GAAP results, report non-GAAP (e.g. IFRS) results for comparison sake. That may just be to pretty up earnings, in some cases, but there’s also sound reason to push some R&D into capex. If you want companies to spend more R&D, in general, you would let them pay for it over time. Fluctuations in capex are much easier to deal with than operating expenses.

Vendors of all stripes, including those from the telecom world, are eager to sell to cloud providers. They have enormous technology budgets. Much of that is internal, but the external spend share has been climbing due to network investments. In the cloud space there is a fairly direct link between internal R&D and (mostly external) capex.

For telecom service providers (aka telcos), there is also a link. But few telcos have big R&D budgets to rely upon. There are notable exceptions to this, such as NTT, Verizon, AT&T, Telefonica, China Mobile, China Telecom, China Unicom, etc.). But they’re exceptions. Even NTT’s R&D spend is just over 2% of opex, and this is high for a telco. In the cloud space, Priceline –  a travel website with a small cloud – also spends about 2% of opex on R&D. The average spend in cloud is well over 10% of opex, and has been rising.

Moreover, telco R&D spending is weighted towards the “R” part of “R&D”. They tend to lean heavily on vendors for products that are already fully developed.

The chart below hints at why it’s worth watching R&D budgets carefully, if you’re trying to sell tech to a cloud player.

Higher levels of R&D spend, as a share of total opex, suggest higher capex levels on a per-employee basis.

This is just correlation, not causation. But much R&D spend (even when expensed) spills over directly into capex. The lag depends on the project. Some cloud provider R&D is focused on practical near-term issues, such as server design. Artificial intelligence R&D has a longer time horizon.

In many ways Facebook is a standout, even outlier (as in the figure above, top right bubble). Its R&D spend is no exception. Facebook spent 46% of its 2016 opex on R&D, the highest among large cloud players (it was 36% in 2012). The company spends big on product development, innovates quickly, and has high labor costs. It also recorded the highest capital expenditures (capex) per employee in our group, at over $250,000 per employee. And this is nothing new; Facebook’s capex has been high since the start, averaging a telco-level 16% of revenues since 2006.

Microsoft makes for an interesting comparison. This is an older, more established company than Facebook – a tanker in the ocean, which takes some time to change directions. On an absolute level, Microsoft’s total capex last year ($9.1B) was more than double Facebook’s, but Microsoft spends far less capex per employee (about 30%). Given Microsoft’s legacy, though, its cloud commitment has been serious: capex per employee at Microsoft was just over $30K in 2012, it is now just under $80K. On a per revenue basis, capex also rose, from 4% capital intensity in 2012 to 10.6% in 2016. During this growth, Microsoft’s R&D spend was a steady ~20% of opex on R&D. Its R&D emphasis has shifted to cloud though; now, one of three stated R&D goals is to “build the intelligent cloud platform” (June 2017 10K).

R&D is conducted by people, still (sorry AI fans), and they require competitive salaries. In the cloud sector, R&D employees tend to be highly skilled and expensive. Apple is a standout in our database. In CY2016 its operating expense per employee (ex-D&A) worked out to just under $1.2 million. Facebook, Alphabet, and Twitter – other household names in pricey Silicon Valley – also recorded high opex, in the $700-900K per employee in CY16. At the other end of the spectrum is Cognizant, an India-based IT services vendor with its own cloud; its annual opex per employee was just over $40K last year.

Capex always includes a healthy share of labor costs, across sectors; telco and cloud are no exception. In a given sector, though, the amount of labor in capex can vary dramatically by company. Labor might be just 20% of total capex for a cloud provider based in Asia, but over 50% for one based in Silicon Valley. If you track capex, then, being able to assess the relative contribution of internal labor costs is important.

More to come on this topic soon.