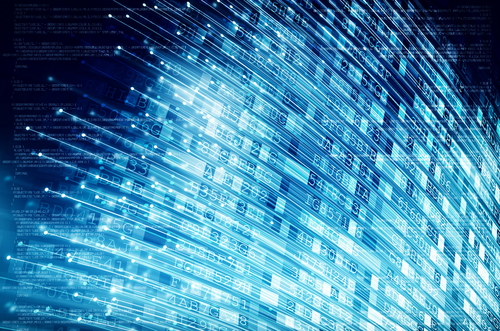 Incumbent telcos in markets like the US have built their networks gradually, over many decades. In the access plant, the trend towards more fiber began in the 1990s – but applications, products, and overall economics have come together just in the last several years. The speed of fiber deployment varies by operator; it’s driven by the company’s overall broadband strategy, but constrained by financial and accounting issues. Despite the apparent rush to fiber, we have several more decades before big telcos get rid of all their copper cables.

Fiber getting some good press

Recent disasters have highlighted the reliability advantages of fiber, beyond its (cost per) bandwidth benefits. The US Federal Communications Commission (FCC) Chairman Ajit Pai noted recently that the effects of recent hurricanes on Puerto Rico’s cell network were far worse than Houston. The reason, Pai argued, was that most of Houston’s cell backhaul is done on fiber (versus copper in PR), and buried fiber is far more resilient to water damage than copper cables. Houston also made out well versus the big 2005 hurricane, Katrina. The FCC estimated only about 300 of the 7,804 cell sites in Harvey’s path went down during Harvey, from over 1,000 sites during Katrina.

This is a new twist on the safety debate. In the past, the debate has focused more on the fact that fiber-based broadband services (such as Verizon’s FiOS) require a battery backup to ensure emergency operations .

Despite Chairman Pai’s praise of fiber, incumbent telcos still face a myriad of rules relating to fiber deployment – especially if a retirement of copper-based service is involved. The rules aim at protecting consumers who rely on the network, and other operators who interconnect with the incumbent. Public notice of any planned retirements is required. That’s why we’re hearing more about copper phase-outs lately, mainly from Verizon, AT&T and CenturyLink. The topic is also coming up in the FCC’s 2017 Wireline Infrastructure NOPR.

Actual change is far slower than the news flow

Look a bit closer, and the headlines are less impressive.

Verizon, for instance, announced copper retirements in eight states last month. The states include some of Verizon’s largest incumbent operations, including New York, Pennsylvania, and New Jersey. However, they are not statewide shutdowns. They’re for “select towns and cities” in these eight states. The process is typically done by individual central office, or “wire center”. One example: Verizon plans to retire all copper terminated at the “FKLNMAMC” wire center in Franklin, Massachusetts by August 2018. This is a tactical process that’s planned very carefully.

These retirements are important, as they symbolize a transition to all-IP, all-fiber networking that telcos have been working towards for many years. But they are piecemeal, given Verizon’s scale. The company had $46B of cables, poles, and conduit on its balance sheet last year; the copper parts of this are not disappearing overnight. All else equal, copper retirements are first targeting wire centers with lots of enterprise customers, and denser residential neighborhoods with above average disposable incomes – both areas where there is likely to be competition to protect against.

Very little new copper is being deployed, but Verizon and other incumbents are eager to leverage what’s installed. In the case of Verizon’s New York operations, the figure below illustrates how vast that (copper) base is.

The current regulatory climate in Washington, DC is favorable to incumbent telcos, i.e. those running fixed networks with universal service obligations. Their views on net neutrality debates are now in favor at the FCC. Mergers & acquisitions are welcomed by the Trump administration’s Federal Trade Commission (FTC). The smart regulatory lawyers working for telcos are trying to use this favorable climate to their advantage.

Relatedly, copper retirement filings have ticked up at the FCC lately, from a range of incumbents. As part of this, incumbents are requesting more flexibility, especially in reporting requirements: shorter lead time, fewer details disclosed, etc. Based on the current climate, they might get what they want at the FCC. And at the state level, incumbents tend to be even more tightly knit to regulators, which will come in handy during retirement-related debates.

Competitive carriers should be concerned. Google’s investment in fiber, and its failure to scale, reminds us how hard it is to overbuild – which is the only option once the copper is gone.