This report is the second in MTN Consulting’s Webscale Playbook series, which analyze the “Super 8” webscale network operators, i.e. Alibaba, Alphabet, Amazon, Apple, Baidu, Facebook, Microsoft, and Tencent. The objective of this report is to assess Alibaba’s:

Alibaba, once viewed as China’s answer to Amazon, has grown into a giant since its inception in 1999. Though still just about a fifth of Amazon’s size (by revenues), Alibaba has grown rapidly and outshines Amazon in some areas. Its scale in e-commerce is impressive: (i) Alibaba ships 12 million packages a day, 4x of Amazon; and, (ii) Alibaba’s “Singles Day” has become the world’s biggest shopping event. Alibaba has invested heavily in network infrastructure to support its businesses, not just e-commerce but also cloud computing, audio/video streaming, and devices. As a result, Alibaba’s network-related demand has soared in the recent times. It now accounts for over 5% of global webscale network/IT capex, from about 1% in 2012. Alibaba’s network spend share will continue to grow, but will be reshaped by the ongoing US-China trade war.

Below are a few highlights from the report: 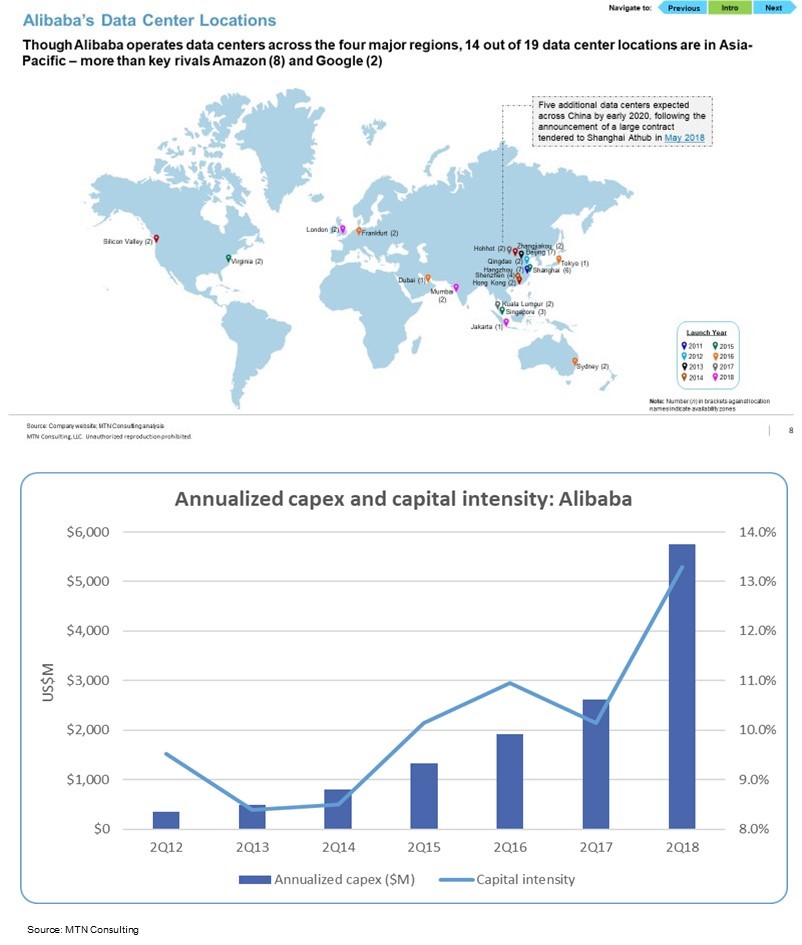 By Arun Menon and Matt Walker On December 14, 2018 This report is the fourth in MTN Consulting’s Webscale Playbook series, which analyze the “Super 8” webscale network operators ... read more

By Arun Menon and Matt Walker On December 3, 2018 This report is the third in MTN Consulting’s Webscale Playbook series, which analyze the “Super 8” webscale network operators (... read more
Subscribe