Automation’s rise and the telecom engineer

Automation’s rise and the telecom engineer
Telco labor costs are 23% of opex, half spent on the network and IT staff; automation tools rising in importance with cost pressures and COVID-19
By Matt Walker

Automation is the key to telcos controlling their network engineering costs

The telecommunications industry as a whole has been in “running to stand still” mode for at least a decade. Limited top-line growth opportunities in core markets have created a constant concern with opportunities for cost reductions. Vendors have facilitated telecommunications network operators’ cost-reduction efforts with a constant stream of innovations, many aimed at automating tasks which used to require staff intervention.

That’s important because labor isn’t cheap. The funds spent on building and upgrading telecommunications network operator (telco) networks, represented by capital expenditures (capex), get a lot of industry attention. There should be just as much attention paid to technical labor costs and how to optimize this cost base. Global telco capex was $297 billion (B) in 2019. Telco labor costs amounted to $292 billion in the same year, or 23.1% of operating expenditures excluding depreciation & amortization (opex ex-D&A). Half of this figure is for technical staff: about 30% for line, radio and equipment installation and repair; and 20% for computer/IT/software development-related occupations.

Both systems vendors like Ericsson and Nokia and a plethora of independent software vendors (ISVs) are developing a broad range of automation tools for telcos, related to network design, planning, forecasting, testing, and repair. Many of the tools leverage recent advancements in artificial intelligence and machine learning. The tools require capex to purchase and staff training to implement, but also promise to reduce the headcount required to run networks.

Automation doesn’t mean people will become obsolete, but it does mean a changing workforce. Telcos require different skillsets in employees nowadays, with software development and database administration more important (and more costly) than laying fiber and climbing towers. As 5G networks scale, and telcos look to a broad range of new services to deliver growth (or at least to stem revenue erosion), automation will remain key to their success.

This report quantifies telco spending on labor costs, focusing on the telecom and IT network engineering workforce in particular. It assesses the implications of cost variations among different specialties in this labor pool, and the role of automation in networks. The report also highlights telcos that have done above average jobs at optimizing their labor base, and examines automation tools in use by these leaders and the broader industry. 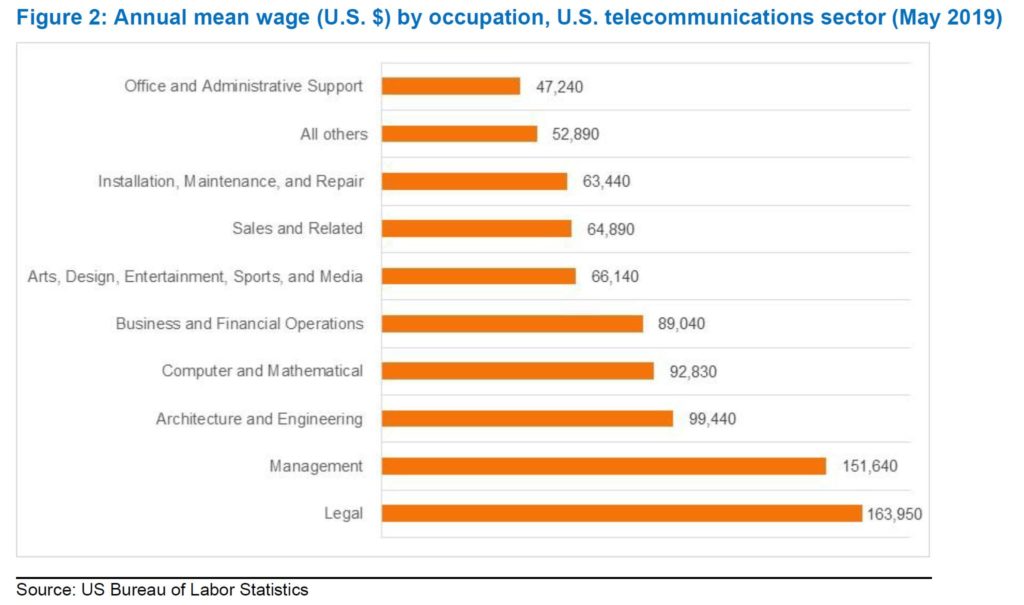 By Subramanian Venkatraman and Matt Walker On July 1, 2020 This market review provides a comprehensive assessment of the global telecommunications industry based on financial results through J... read more

By Matt Walker On June 10, 2020 MTN Consulting has now finalized its analysis of vendor sales of network infrastructure (NI) products and services to the telco secto... read more

Telco software capex on the rise

By Matt Walker On May 4, 2020 Software is central to telco efforts to compete read more
Subscribe