After years of delay with 10nm chips, production roadblocks are again haunting Intel. The company has confirmed that its new line of server processors and chips based on 7nm process nodes have been delayed until 2022. The setback has sent Intel into a tizzy as rivals see a rare chance to knock Intel off its perch. On the rivals’ radar is the high-margin data center (DC) chips market, which is often touted as Intel’s “crown jewel,” as its market share is over 90 percent.

Hard-pressed by the current production upheaval, a combination of internal and external factors is expected to dent Intel’s share of the DC chips pie. Among the factors impacting Intel, the most obvious is the increased competition from rivals across the value chain which includes fabless chipmakers (AMD, Nvidia), pure-play design houses (Arm), and foundries/fabs (TSMC, Samsung). There is also a big in-house problem – Intel’s R&D, which previously failed to keep up with the standard two-year time frame to develop a new chip under “Moore’s Law”, is now battling with the current three-element process cycle that usually follows a three-year timeframe. In the medium-to-long run, several other factors — such as backward integration of webscalers, China’s self-sufficiency drive in semiconductors, and the emergence of open-source architecture such as RISC-V — are threatening to cut into Intel’s forte in the DC realm.

To sustain its market leadership in the DC chips market, Intel needs to turn around the production troubles by partly outsourcing its manufacturing load to external foundries, instead of remaining completely “fabless,” or transitioning to a “fab-lite” model. But that may not be enough, as the underlying trigger of never-ending production delays is tied to its struggling R&D. It is imperative for Intel to address the bigger problem of R&D fairly soon in order to close the generation gap with its rivals in terms of chip manufacturing technology. 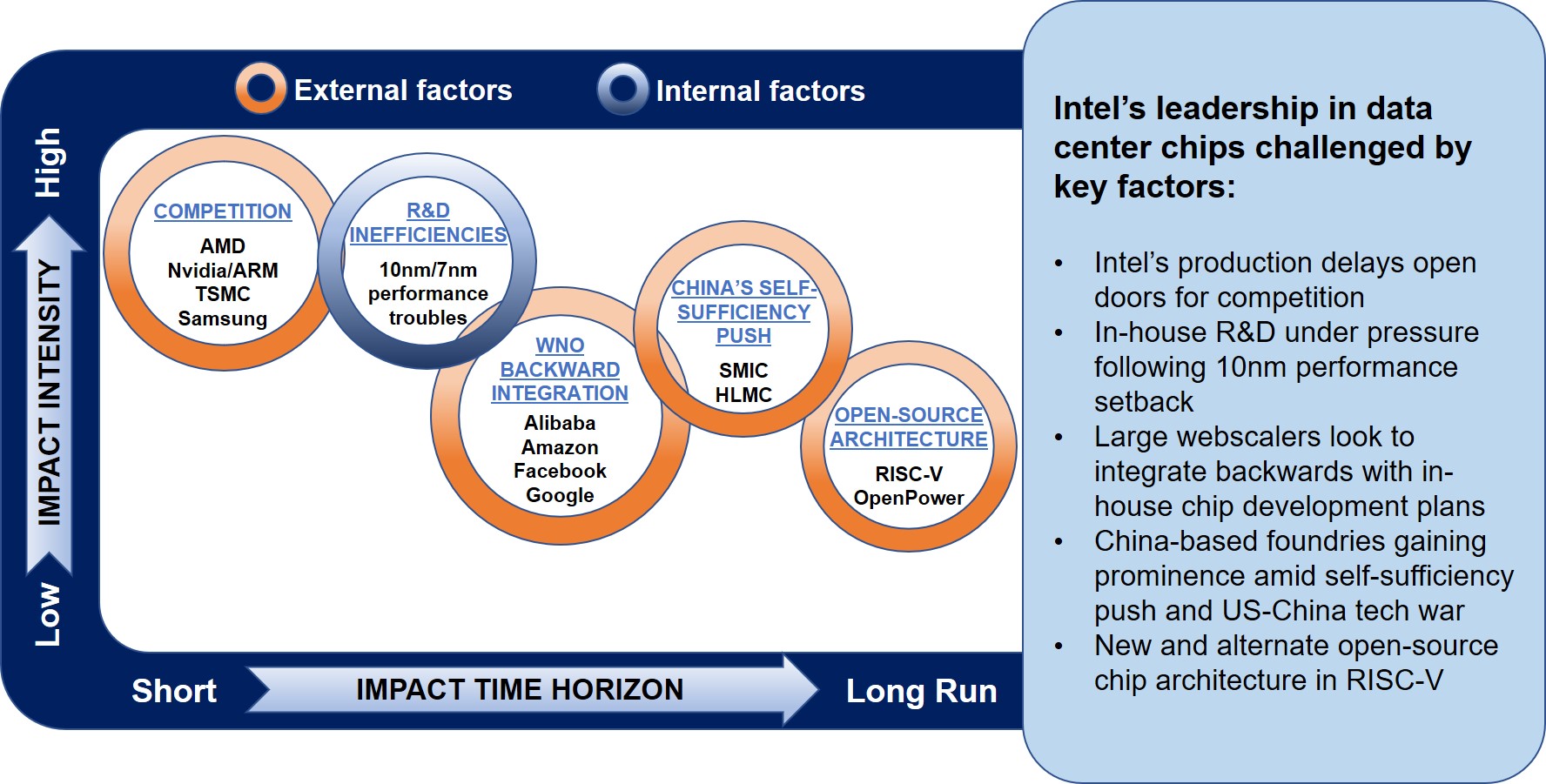 By Arun Menon On August 28, 2020 The world's largest technology companies are investing heavily in webscale networks. These are centered around enormous webscale, als... read more
Subscribe