While the telco sector struggled to achieve any growth at all in the first quarter of 2020 (1Q20), the webscale network operator (WNO) sector leveraged its strong balance sheet and nimble operational model to grow capital expenditures (capex) by 25% year-over-year (YoY) from 1Q19. This surge followed an 8% decline in 2019. Webscale research and development (R&D) expenses also rose, by 15% YoY, just a bit less than the rate in 2019, before social distancing became the norm. For years, webscale operators like Microsoft, Alphabet, and Apple have been generating free cash flow at incredibly high rates, and adding to their cash stockpile just in case a rainy day ever came. COVID-19 is far more than a rainy day: on June 24, the International Monetary Fund updated its forecast for 2020, now projecting global gross domestic product (GDP) to sink 4.9% for the year, and noted that “the labor market has been severely hit and at record speed, and particularly so for lower-income and semi-skilled workers who do not have the option of teleworking.” With 1Q20 webscale revenue growth of 11% YoY, roughly the same as in CY2019, so far the sector has been successful in using the crisis to coerce more offline businesses to go online; making working, studying and playing from home acceptable alternatives to the old ways; and accelerating its customers’ digital transformation journeys. Webscale operators like Alibaba are persuading more users that their value add is not “just about shifting traffic onto the cloud to save costs,” but about leveraging “big data and cloud enabled computing capacity to achieve better efficiencies and drive value for the business.” 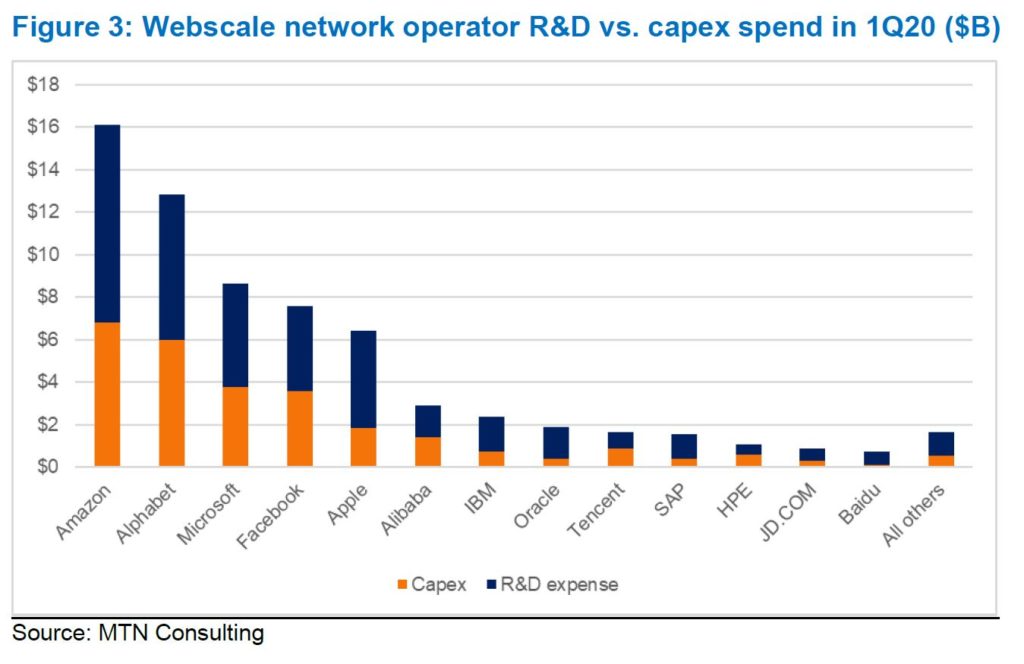