Commentary: Politics cloud Huawei’s future
World’s biggest telco NI vendor benefited from its ties to Chinese government on the way up, but its future hinges on cutting the cord (Hint: It won’t)
By Matt Walker

Huawei held its global industry analyst summit (GAS 2020) in late May, just days after the U.S. Commerce Department expanded its Entity List restrictions on the company. The new rules don’t take effect formally until Sept. 14, and there is a public comment period in the interim, but the restrictions will upend Huawei’s near-term goal to dominate global 5G markets. Much of the vendor’s network infrastructure product line relies upon chips manufactured by foundries like TSMC, based upon Huawei’s specifications but using U.S.-origin capital equipment for production and testing. Once the new rules take effect, if unchanged, the company could no longer rely upon these foundries for production. Huawei is exploring various workarounds, including the possible use of Samsung, but a seamless solution is unlikely to be found quickly. Current inventory is rumored to last through March 2021. Chinese chip foundry SMIC is not ready for prime time. And the U.S. government will almost certainly have a response planned, as there is a bipartisan consensus across the U.S. government that Huawei is not to be trusted in networks.

To be clear, that doesn’t mean individual employees of Huawei are untrustworthy. It means that the U.S. government, and many key allies (including most of the “Five Eyes” intelligence alliance), recognize that Huawei’s growth has relied heavily on Chinese government support, and it will always be a Chinese company and, hence, subject to manipulation and influence by the ruling Chinese Communist Party (CCP). Tone-deaf statements from CCP officials over the last two years have seemed designed to confirm this suspicion. Huawei continues to have an impressive technology portfolio, loads of talented engineers, and vast reach around the word, but it won’t get out of its current mess by just finding another source for chips. The Entity List rules and earlier arrest of Huawei CFO in Canada have coaxed CCP officials to show their hand too blatantly. Huawei’s prospects for the next few years have noticeably dimmed, and we will see a much different competitive landscape in the telecom network infrastructure space by next year. The only question is whether Huawei can apply another of its strengths to its currently stark situation: the ability to learn from its mistakes and implement change rapidly. 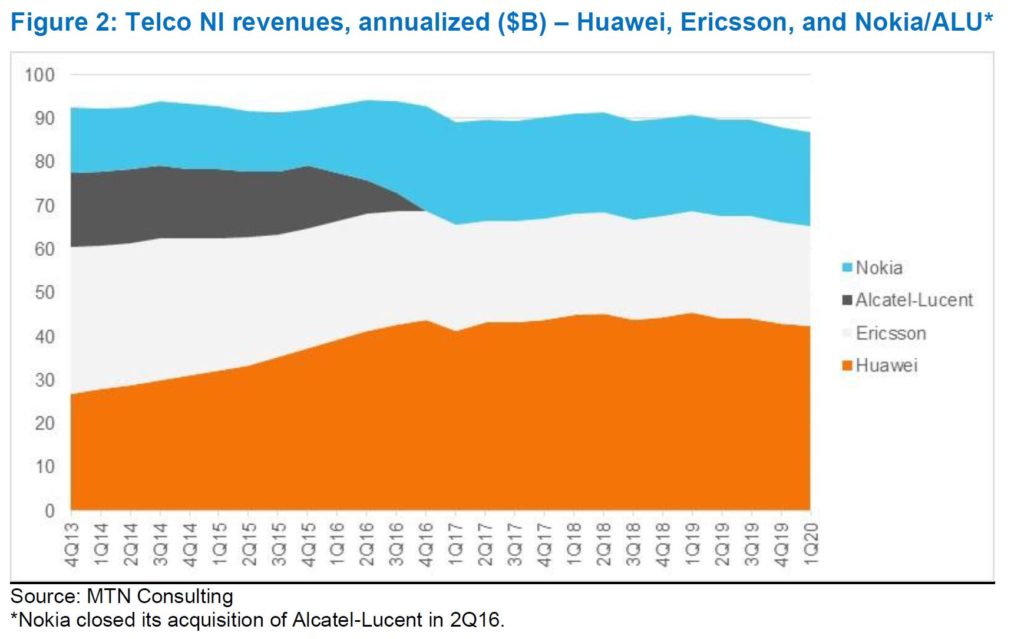